Opportunity for Investors in Indonesia

Opportunity for Investors in Indonesia 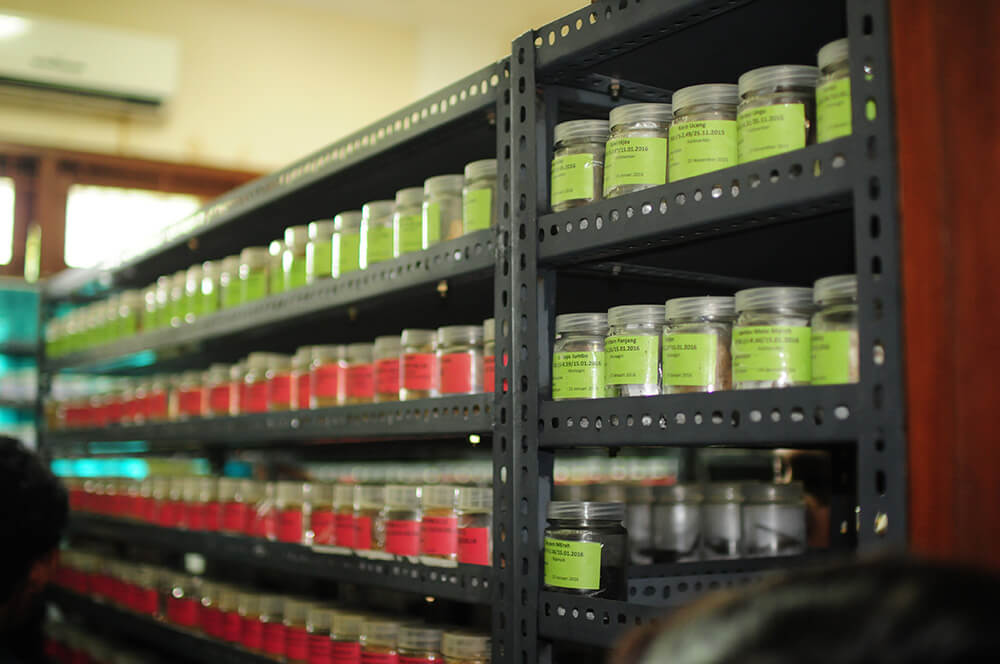 Amsterdam, Aug 16th — With biotech manufacturing set to transform agriculture, investors who want to stay ahead should pay attention to this rapidly evolving space.

By 2050, the world’s population is set to increase by more than 35 per cent and reach nine billion. To feed everyone and meet the ever-growing consumer needs of a developing world, crop production will have to more than double, and this has to be done sustainably.

One way to wrap your head around it is by comparing biomanufacturing with traditional manufacturing. Instead of mining the earth for precious materials to make things (with high labour and at high cost), biomanufacturing identifies and piggybacks on the planet’s naturally-occurring processes for potentially better solutions at scale.

Living systems generate the materials they need independently, and we can leverage them to produce biomaterials for commercial use. These biomaterials can then be used in medicines, F&B, or even for industrial purposes.

Though the name might sound fancy, biomanufacturing is not a novel innovation. Products like amino acids, vaccines, and protein supplements can all fall under the umbrella term of biomanufacturing.

But let’s get specific. As we look toward the future, biomanufacturing is an imperative that is poised to transform the agriculture sector. It is less energy-intensive, replacing traditional manufacturing processes with those from nature instead.

Biomaterials are also more environment-friendly, as they are better suited for recycling and disposal. This means that, on the whole, biomanufacturing is a much more sustainable alternative in the long run.

At the most basic level, all these make biomanufacturing an attractive method for scaling up food production while keeping environmental sustainability in mind.

Biomanufacturing is also more cost-efficient. Take, for example, the compound known in agribusiness as nootkatone. An insect repellant can act as a pesticide or even combat insect-borne pathogens like malaria and the zika virus. Usually, it costs a few thousand dollars per kilogram to produce with traditional methods.

In contrast, US-based Manus Bio uses biomanufacturing to extract nootkatone from grapefruit oil for a fraction of the cost.

We can even take the idea a step further as a means to alleviate adjacent industries. Considering that the agriculture game also produces materials for consumer goods, and not just food, (e.g. rubber plantations are needed for latex, which is used in everything from gloves to tennis shoes), if something can be replicated in a lab, then precious space and resources can be freed up along the supply chain. The agriculture sector can then focus on producing food for people rather than materials for traditional manufacturing.

Let’s zoom in a bit more. For one, the pesticides industry is set to be disrupted. Compared to traditional pesticides, bio-manufactured pesticides do not create pollution, are cheaper, and prevent resistance among pests.

The market for biopesticides is set to hit US$ 8.5 billion   by 2025, driven by a growing need better to manage crop pests, such as insects and mites.

Even the soil industry is being upended. Traditionally, chemical fertilisers provide nitrogen for plants; they generate a considerable amount of pollution worldwide, but we have deemed them a necessary evil to meet the growing global demand for food.

Meanwhile, companies like Pivot Bio use biomanufacturing to provide alternatives. Specifically, Pivot Biosequences the DNA of specific microbes and “ turns on  ” genes that produce nitrogen, thus ushering in an alternative to chemical fertiliser.

Modern biomanufacturing also leverages the advantages of economies of scale and commercial tech, resulting in  lower production costs across the board. Recent innovations have allowed scientists even to create starch in the lab.

These present exciting possibilities for the future of agriculture, one in which we can envision resources being freed up to produce what needs landmass most. The global food biotech industry was already worth more than  US$ 23 billion in 2018, and this figure is expected to skyrocket by more than 10 per cent come 2025.

When it comes to agriculture, we cannot ignore the importance of packaging, which is used at almost every step of the supply chain. Biomanufacturing can play a part in this sector too. For example, biomanufacturing company Biohm has had some success using fungus to digest single-use plastics.

French firm Carbios engineered an enzyme that can break down polyethylene terephthalate (PET), a traditionally difficult to recycle but widely-used material. The enzyme breaks down PET waste, which can then be repurposed into a new PET product, thus lengthening the lifespan of what was once a piece of single-use plastic.

In June 2021, Carbios teamed up with some of the world’s largest consumer brands, such as Nestle, L’Oreal, and PepsiCo, to launch the world’s first food-grade PET bottles made from enzymatically recycled plastic.

Circling back to the core of agriculture, the food and beverage industry can benefit immensely from recent innovations brought forth by biomanufacturing.

Manus Bio uses advanced fermentation to extract specific parts of the stevia leaf. This is then used to create a zero-calorie sweetener   that does not have the aftertaste that most sweeteners leave behind, helping meet consumer needs for healthier sugar alternatives.

In November 2020, the company bagged US$ 75 million in a Series B funding round, which will be used to scale up its biomanufacturing capabilities and expand its range of products. Biotech startups like this are key to transforming the agriculture ecosystem by lowering costs and improving sustainability.

On the whole, investor sentiment in the biomanufacturing space is undoubtedly bullish, with many starting to see just how drastic a change this kind of tech can bring.

In the past 12 months, we’ve seen a slew of big bets on biomanufacturing companies in the West. California-based Pivot Bio raised US$430 million in a Series D round in July this year, an unsurprising figure, as the firm’s revenue tripled in 2021. In the same month, Bota Bioraised US$100 million,     Genomatica closed a US$118 million series C round, and Antheiabagged US$ 73 million.

Sentiments in Asia are similar, with more investors willing to go out on a limb and bet on the sector. Singapore’s sovereign fund  Temasek Holdings  is expanding its biotech portfolio.

The excitement in the East does seem to be a little more muted, perhaps because of the high cash burn rate of research and development or the long runway needed for biomanufacturing outfits to commercialise and turn a profit. But overall, funding activity was increasing and projected to continue doing so.

For venture capitalists and investors, it’s crucial to start taking this space seriously. Biomanufacturing is potentially a ‘category killer’ for several other sectors in which they may already be invested, such as traditional chemical manufacturing—as such, getting capital into biotech and biomanufacturing for agriculture is one line of (preemptive) defence that can boost a portfolio.

It’s also important to identify the best companies by seeing which ones have received authoritative endorsements from academia and the Food and Drug Administration. As an industry mainly dependent on research and development, it is important to discern which firms are worth investing in based on expert opinions and compliance with government regulations.

Another way to filter out companies with the most potential is by finding those which have already raised funds from large agribusiness corporations or are in some way being groomed by them.

The close partnership between a small biomanufacturing startup and a large consumer brand allows the startup to test and refine its product more holistically in the real world. This means that its products are more likely to achieve market-fit and be primed for commercialisation.