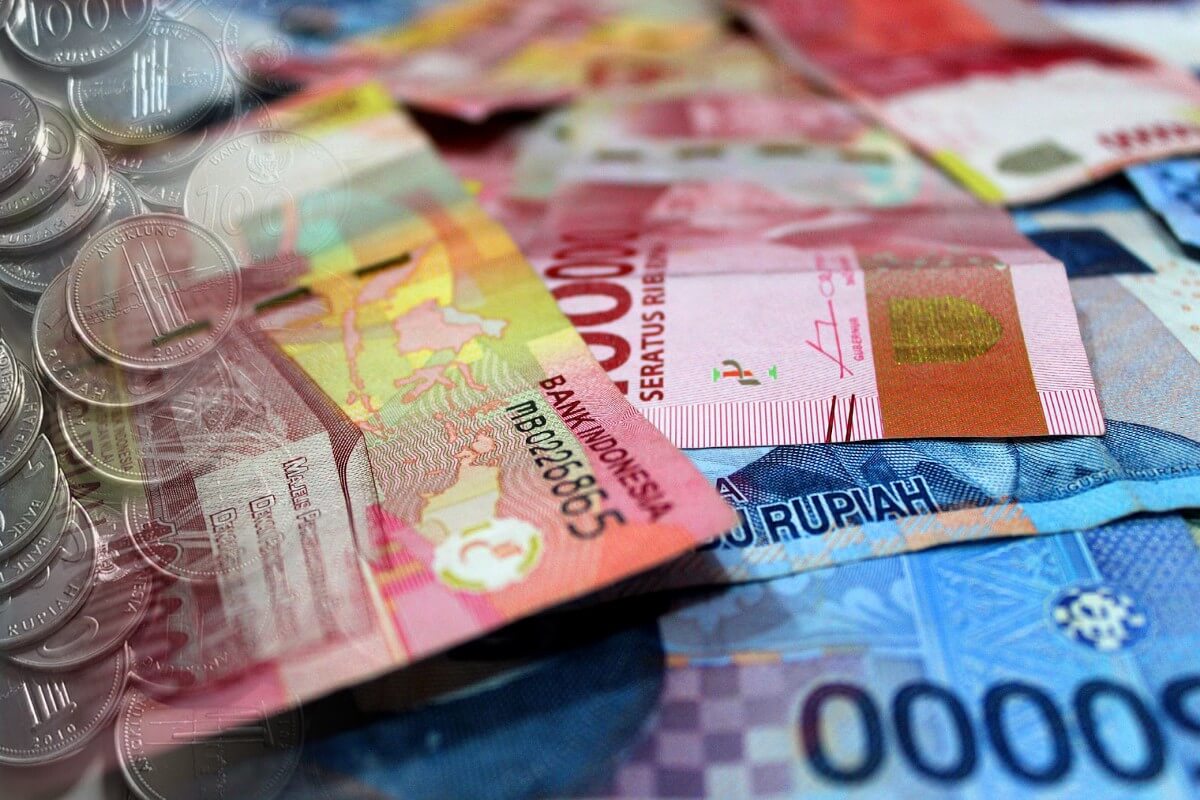 Low Public Debt; Weak Revenue: Indonesia’s rating balances a favourable medium-term growth outlook and a still low government debt/GDP ratio against government revenue, sovereign external debt to GDP and structural features such as governance indicators and GDP per capita that are weak compared with that of ‘BBB’ category peers.

Firmer Recovery: Fitch forecasts Indonesia’s GDP growth to recover to 5.6% in 2022 and 5.8% in 2023, as economic activity in the service sector is picking up following a disruptive Delta wave last year, when growth was 3.7%. The recovery is also supported by strong net exports, including the impact of higher commodity prices. Indonesia’s exports rose 43% in the 12 months to May 2022 from a year earlier. Still, risks to growth remain given pressure from global inflation and potentially slower growth, including in China, and faster monetary tightening than we currently expect.

Strong Medium-Term Outlook: We forecast continued high growth of 5.8% for 2024. Economic activity should receive a boost over the medium term from the implementation of the Omnibus Law on Job Creation, passed end-2020, which aims to alleviate long-standing barriers to investment. Infrastructure spending is also likely to continue beyond the presidential elections, scheduled in February 2024, including on the construction of the new capital, Nusantara, in East Kalimantan.

High Subsidy Burden: The government has significantly increased subsidies to shield households from high international oil and food prices, allowing for unchanged domestic prices for the most used types of subsidised fuel. The resulting energy-related subsidy spending, which the government expects to total 2.4% of GDP this year compared with 1.1% in 2021, is to a large extent offset by increased revenue, partly due to higher commodity prices. Indonesia is a net importer of oil, but exports many other commodities, including coal and copper, as well as soft commodities.

Fiscal Consolidation Likely to Continue: Fitch forecasts the fiscal deficit to narrow marginally to 4.3% in 2022 from 4.6% in 2021. We assume the government will meet its deficit target of just below 3% of GDP in 2023, when the budget ceiling will be reinstated, although risks to the fiscal outlook have increased and include a further rise in the subsidy bill and weaker GDP growth than we expected.

In our baseline scenario, government debt gradually declines over the next few years after peaking this year at 42.2% of GDP. Indonesia’s government debt/GDP ratio compares well with the ‘BBB’ category median of 55.9%, but the interest/revenue ratio, which we project at 15.8% in 2022, is significantly higher than the ‘BBB’ category median of 5.9% this year, reflecting its low revenue.

Monetary Deficit Financing to Decline: A fiscal deficit below the 3% of GDP ceiling will help end direct monetary financing of the deficit by end-2022, when the emergency law that makes this legally possible expires. The government’s large private placements of government bonds with Bank Indonesia (BI) and the central bank’s purchases in the primary market since 2020 have helped reduce the government’s interest costs but have also raised questions about Indonesia’s policy approach over the medium term.

Continued central bank financing would risk fiscal dominance, in our view, and could undermine investor confidence, which would weaken the credit profile.

Rising, but Contained Inflationary Pressure: Inflation picked up to 3.6% in May from an average of 1.6% over 2021, but is still within BI’s target range of 3% +/- 1pp. We expect inflation to average 3.3% this year, although risks are skewed to the upside. Fiscal policy has been the main instrument of containing price pressure, with monetary tightening limited to increasing reserve ratio requirements to date. We expect this to change, with BI hiking its policy rate by 50bp this year and another 100bp in 2023 to limit the rate differential with the US Fed and avoid a sharp rupiah depreciation.

Current Account Deficit Likely: We forecast the current account to turn into a small deficit of 0.4% in 2022, from a surplus of 0.3% of GDP last year, as unchanged subsidised prices will hamper an adjustment in consumer demand for fuel, before widening to 1.0% in 2023, when we assume commodity prices will fall. We expect the basic balance surplus (current account + net FDI) of 1.0% of GDP in 2022 to gradually worsen and turn into a small deficit again in 2024.

Less Dependence on Foreign Financing: Around 30% of government debt is denominated in foreign currency, exposing the government to foreign-exchange fluctuations. In addition, the share of non-resident holdings of local-currency government debt fell to 16% of total debt, from 39% in 2019, and is likely to remain at the lower level over the next few years due to the global rise in bond yields.

Foreign-exchange reserves fell by USD9.4 billion to USD135.6 billion in May from end-2021, when they covered 6.7 months of current account payments, more than the ‘BBB’ median of 5.8 months. Indonesia’s external liquidity, measured by the ratio of the country’s liquid external assets to its liquid external liabilities, is weaker than peer medians, according to Fitch’s calculations.

ESG – Governance: Indonesia has an ESG Relevance Score of ‘5’ and ‘5’[+] for Political Stability and Rights and for the Rule of Law, Institutional and Regulatory Quality and Control of Corruption, respectively. Theses scores reflect the high weight that the World Bank Governance Indicators have in our proprietary Sovereign Rating Model (SRM).

Indonesia has a medium World Bank Governance Indicator ranking at the 47th percentile (BBB peer median: 58th), reflecting a recent track record of peaceful political transitions, a moderate level of rights for participation in the political process, moderate institutional capacity, established rule of law and a high level of corruption.

Factors that could, individually or collectively, lead to negative rating action/downgrade:

– Public Finances: A material increase in the overall public debt burden closer to the level of ‘BBB’ category peers, for example, resulting from failure to reduce the fiscal deficit to pre-crisis levels or further accumulation of debt by publicly owned entities.

– Macroeconomic: A weakening of the policy framework that could undermine macroeconomic stability, for instance, resulting from continued monetary financing of the deficit in the next few years.

– External Finances: A sustained decline in foreign-exchange reserve buffers, resulting, for example, from outflows stemming from a deterioration in investor confidence or large foreign-exchange interventions.

Factors that could, individually or collectively, lead to positive rating action/upgrade:

– Public Finances: A marked improvement in the government revenue ratio in the next few years closer to the level of ‘BBB’ category peers, including from better tax compliance or a broader tax base, which would strengthen public finance flexibility.

– External Finances: A material reduction in external vulnerabilities, for instance, through a sustained increase in foreign-exchange reserves, a further decline in the dependence on portfolio flows or lower exposure to commodity price volatility.

– Structural: Significant improvement of structural indicators, such as governance standards, closer to those of ‘BBB’ category peers.

Fitch’s sovereign rating committee adjusted the output from the SRM to arrive at the final LT FC IDR by applying its QO, relative to SRM data and output, as follows:

– Macro: +1 notch adjustment to offset the deterioration in the SRM output driven by the pandemic shock, in particular from the growth volatility variable. Fitch believes that Indonesia has the capacity to absorb the shock without lasting effects on medium-term macroeconomic stability.

Fitch’s SRM is the agency’s proprietary multiple regression rating model that employs 18 variables based on three-year centred averages, including one year of forecasts, to produce a score equivalent to a LT FC IDR. Fitch’s QO is a forward-looking qualitative framework designed to allow for adjustment to the SRM output to assign the final rating, reflecting factors within our criteria that are not fully quantifiable and/or not fully reflected in the SRM.

The principal sources of information used in the analysis are described in the Applicable Criteria.

Indonesia has an ESG Relevance Score of ‘5’ for Political Stability and Rights as World Bank Governance Indicators have the highest weight in Fitch’s SRM and are therefore highly relevant to the rating and a key rating driver with a high weight. As Indonesia has a percentile rank below 50 for the respective governance indicator, this has a negative impact on the credit profile.

Indonesia has an ESG Relevance Score of ‘5’[+] for Rule of Law, Institutional & Regulatory Quality and Control of Corruption as World Bank Governance Indicators have the highest weight in Fitch’s SRM and are therefore highly relevant to the rating and are a key rating driver with a high weight. As Indonesia has a percentile rank above 50 for the respective governance indicator, this has a positive impact on the credit profile.

Indonesia has an ESG Relevance Score of ‘4’[+] for Human Rights and Political Freedoms as the Voice and Accountability pillar of the World Bank Governance Indicators is relevant to the rating and a rating driver. As Indonesia has a percentile rank above 50 for the respective governance indicator, this has a positive impact on the credit profile.

Indonesia has an ESG Relevance Score of ‘4’ for Creditor Rights as willingness to service and repay debt is relevant to the rating and is a rating driver for Indonesia, as for all sovereigns. As Indonesia had a fairly recent restructuring of public debt in 2005, this has a negative impact on the credit profile.